“Has God forgotten everything I’ve done for him ?” ~ Louis XV

”I wasn’t raised, I was built.” ~ Marie Antoinette

”We should not let grass grow on the path of friendship.” ~ Marie Therese Rodet Geoffrin

p for? I decided to write my sister and whine .

Dear Caroline, I was informed that I cannot go into Paris yet . But I’m not to trying to complain, as it’s an honor to be introduced to the city and given the key by the Parisian Mayor himself. It’s not etiquette to make a trip to Paris before you have been properly introduced to the city and the king hasn’t mentioned it. How is that not ridiculously petty and unnecessarily fussy? I’m going to have a migraine with the list of things I cannot do even though I am almost Queen ! I don’t know how I will survive this boring and petty country I am now a part of . Why do I need an introduction to my own capital? These people are killing me. Every day is the same. I spend hours getting dressed. I mean hours . Bathing is the most tedious and annoying waste of time when I have a full day looking pretty and good in front of me. Let me know if I’m being a little too critical. You can just imagine what I endure . I’m sitting in a bathtub and I’m literally freezing my lips off , turning blue and losing fingertips, I’m not exaggerating here . There are a bunch of women that help me with bathing because I can’t do this myself . I love that they are so good and sweet to me but this is the most hilarious game . Madame 1 is about to hand my chemise to madam 2 who will then hand to Madame 3 .Except that then an unknown madam enters the room and they all stop . Because Madam X who just arrived is higher ranking it is her right and they have to defer to the highest rank in the room. So I’m just trying to stay alive because it’s so cold and could they hurry up and get my chemise to the most nobile lady in attendance so I can get dressed!

Now finally I am ready to get my hair and makeup on. This takes another hour or so. Here come Monsieur Leonard and the most fun part of the day. Since I have the most extraordinary and creative hairstylist in the world, I don’t get bored. Yes, it’s true that I have been a little lofty in my hairstyles but this is France and if I don’t set the tone for fashion who will? Madame DuBarry and her friends are making fun of me for wearing a hairpiece of 3 foot with a birdcage inside. A live bird or two completely topped that one off. I looked adorable but it was a bit heavy. Oh well, beauty isn’t easy and it hurts. So if I have bird poop in my ear and a feather poking my brain, fashion is fun. Viva La France! I love this country! Finally, I’m dressed up like the most beautiful woman in the works which is what Papa Roi ( my nickname for the King) calls me. So, why am I sad? I want to visit Paris and I can’t. Paris is the capital and the people hate the king. It is said that Versailles is built as far away from Paris so the King isn’t reminded that he is the most hated man to his face and he does not care to be unloved. I understand but I’m new in town and I’m bored to tears. I want a croissant. I want to go to the opera. I want you and Mops. I want my Mama…Your loving sister,Marie A.

P.S. I am sure that Paris will love me. I will love them so that they have to.
Mesdames Tantes tell me that he will be jealous if I am embraced by his subjects there. I am longing to dance at the opera as the opera house is .. extremely beautiful and glorious. The most opulent in the world! The most beautiful place on Earth! Second to Versailles, of course. Of course, nothing can compare to it. I suppose that’s why a huge wall is around it, to protect the king from his haters because I’m learning he has a few enemies. His subjects are angry and they have been rioting. Something about them not having food. At least I think it’s about flour. Like last years crops failed but the weather is not the king’s fault. He is the god of flour, after all, he isn’t a king of the crop, he’s the king of France. Even I know that.

Instead of a return letter from my dear sister, I receive a brief note from mama. It reminds me of the responsibility of my position. But I’m 16 and I am still ignorant of much.I am not French, as the aunts remind me and I do not understand the political affairs of this country that I have inherited. My mother is reminding me as well that I have been entrusted to a tumultuous undertaking. I must be prudent and use sound judgment.

”I think I always use decorum and I think that my friends treat me with proper dignity and respect. I am not sure who says I don’t act in a way befitting my station. Royalty is like the most important thing to me.” — Marie A.

I just want to go to see my capital and then I’ll be happy ! I hear it’s a really lively and fun place but it’s people are poor. I don’t know what this has to do with me .The aunties say that I don’t want to go there because sometimes royalty isn’t well received by starving people who are angry at our types for having a great life.

I guess it is supposed that the extravagance of this court is the reason that the people are hungry. Versailles is so removed from the dirty and crowded capital city that I do not see these hungry commoners. It is of no concern to me because I want a new hairpiece and dress for the ball next week. That is good for the commoners- to be employed and at Versailles, we employ many. Why do the people hate him so? He is so jolly and kind. I adore my Papa Roi – haters gonna hate, I hear.

My brother in law, the Comte de Artois suggests that we go to Paris. I squeal with joy but Papa Roi has not given permission. Artois isn’t concerned. He has another idea! We will go incognito and none will know we were there. A masquerade! How fun!  I am happier than I was this morning when I heard that the people believe the gossip that I can’t get pregnant because of my lavish lifestyle of dancing and gambling. Yes, I enjoy these games but it’s not the only reason I’m not with child . My husband prefers hunting and clocks to me . He is often gone . Why do I want to retire early each night alone ? You see , I don’t.Anyway , I am not to mention a word of the plan to visit Paris. I promise to be the voice of discretion. But why, I ask Artois and he says that we are not going to ask permission to go. Incognito and in disguise, we will be! I am to go to the capital! The plan is put into place and I am sure that it is not without fail. I am so glad that I have such a creative and fun brother. I am so glad that I have friends and family here. No one will know that we are there! Brilliant! I want to tell mama. I can’t. I have a feeling that she won’t approve. I will be able to view my kingdom as a normal person. How delightful is that and I am sure it is going to be incredible! 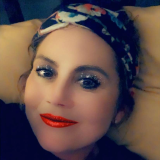 And like a celebrity, I'm just like everyone else...
I hope my readers will find my blog relatable to the idiosyncrasies , craziness and flaws that we all have. If you are perfect, I'm sorry and congratulations .This might not be the feeble attempt at a blog for you .PLEASE email me and give me your secret. It will save me a lot writing .
I just read a piece about how my authors “ about me “page is probably boring everyone to death. I have always had a lot to say but my first claim to fame was in Eighth grade when one of my teachers read a story I had written to the class. I don’t remember what exactly it was about but the first sentence was “Coma. Unconscious. “.
You see where I am going with this. My classmates were in awe. I was an instant star and most likely to write a book . And yet , here I am : boring you to death without a best seller . I need to change that.